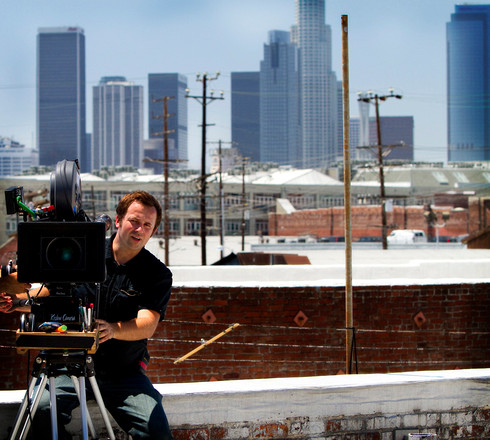 Pedja is an award winning cinematographer residing in Los Angeles, California. He is known for his work on a comedy feature film Fully Loaded directed by Shira Piven (Claws, Sweetbitter, Transparent) and produced by Oscar-winning director/producer Adam McKay ( Big Short, Anchorman, Step Brothers). Other notable movies where Pedja served as a Cinematographer are "I Spit On Your Grave: Deja Vu" direct sequel to original from 1978 directed by Meir Zarchi and SyFy TV movie "Zombie Apocalypse" starring Ving Rhames and Taryn Manning.

“I Spit on Your Grave: Déjà vu” is a much more professionally made movie than its god-awful predecessor, and Zarchi is blessed with an excellent cinematographer in Pedja Radenkovic who gives him a number of beautifully framed shots amid the bloody carnage we know will be unleashed in front of our eyes.

He is a well traveled cameraman, and he is very savvy in knowing how to pack camera equipment for each continent and country. When he is not on the movie set he enjoys spending time with his family cooking savory meals, playing paddle tennis and traveling the world.